Julie Rawson’s Healthy Past and Future: A Biography of NOFA/Mass’s Matriarchal Activist, Part 1

Home/Newsletters/Julie Rawson’s Healthy Past and Future: A Biography of NOFA/Mass’s Matriarchal Activist, Part 1
Previous Next

Julie Rawson’s Healthy Past and Future: A Biography of NOFA/Mass’s Matriarchal Activist, Part 1

Julie Rawson’s memories of her Milledgeville, Illinois, childhood include pulling weeds in the garden with her mother, canning and preserving vegetables for the winter, and slipping in a pile of pig manure and getting covered in the mess from head to toe; “but it never really grossed me out,” Julie elaborates.  “My brother and sister and I spent hours in the summer down in the creek in the mud. I’ve always loved the tactility of the earth.”

Undaunted by a tumble into pig manure— that is unsurprising to those of us who know Julie, a woman who has built a non-profit organization and a diversified farm that includes fruiting trees and shrubs, several acres of vegetables, forest-raised pigs, pastured cows, laying hens, broilers and turkeys—a place where the movement of nutrients from gut to soil to plants to mouth are managed and directed and mediated by fencing, time, season, plant growth, and community of creatures – but the system is seen as living and whole and in concert, and not segmented.

Julie at a young age among the hogs

Julie’s father was a veterinarian—a full-time large animal vet, but at his home farm he kept up a hog farm on the side. Dr. Rawson believed in the latest innovations, and was one of the first farmers in his area to start raising hogs indoors. Julie saw first-hand the transition as he went from raising pigs in the woods to building a facility where the pigs lived in cement pens. “You had to walk through a sanitizer water and clean off your boots,” she recalled. The cement pens included wooden slats to allow the pig manure to fall through, and from there into a trough on a decline that channeled it into a liquid manure pit. “It was the beginning of CAFOs for pigs,” she said, “and the smell was blown by fan from the CAFO barn directly at our house.” Additionally there was a liquid manuare pit and, when the wind was right, it blew the smell to the neighbors, and became a source of tension between Julie’s parents.

Meanwhile, Julie’s mother Barbara was “looking back to the older ways—she was a leader in that way.” While her father pursued what he saw as modernization on the farm, Julie saw in her mother’s example that gathering the wisdom of the past was its own way of being a leader.

“She was reading Rodale’s Organic Farming and Gardening Magazine.  She was also into Ruth Stout, who was the queen of growing with mulch.” The modern organic movement in the 1970s was beginning to pick up steam, Julie points out, “after twenty-five years of brainwashing by the federal government and agricultural agencies that chemicals were the way to go, post World War II.  Major influences like Rachel Carson’s book, Silent Spring, and the first Earth Day in 1970 started to wake people up again. But it’s important to remember that there were always people along the way who had never bought into chemical agriculture in the first place. I’ve noticed that many people are impressed by the modern organic pioneers and what strides they’ve made, and I always hasten to remind them that we made these changes on the shoulders of those who came before.” 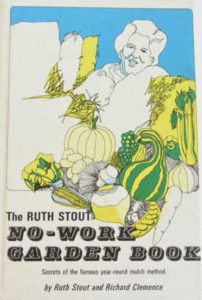 As the modern organic movement began to coalesce, Barbara Rawson attended one of the earliest organic farming conferences, run by the Natural Food Associates (held in Shreveport Louisiana, according to Julie), and returned home inspired, expanding the family’s large organic garden. In those days, though, many farmers of her parents’ age went to the grocery store for all their food. Convenience foods were newly arriving on the shelves— “products like Bisquik, Velveeta, Miracle Whip, cake from a box—that was the so-called upgrade.” No longer did one need to constantly work to make everything from scratch. But there was a countervailing sense among Julie’s parents’ generation, who had gone through the depression, that using such conveniences and packaged foods meant you were lazy.

Julie’s grandparents on her father’s side, were “frugal Iowans” who deeply exemplified the ethic of hard work and making everything from scratch, and ‘Grandma Rawson’ in particular influenced Julie’s mother toward frugality and self-reliance. As a result of the combined influence of Julie’s grandmother and the excitement of the early organic movement, the Rawson family “spent substantial time weeding, growing and preserving food, learning to sew and knit.”

“I didn’t get excited about it at the time,” Julie remembered. “I didn’t think of myself as becoming a farmer—I was going to save the world as a community organizer working with poor people in the city. That was as far as I got.” 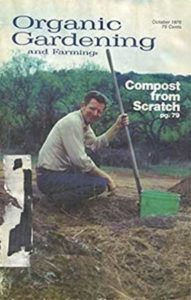 A young college student, Julie began studying Spanish at the University of Iowa. She signed up for a semester in Guadalajara, where she lived with a middle-class family, but she became fast friends with the family’s maid, who took her out of the city to see the indigenous community where she lived. It was an influential moment in Julie’s life to see the pattern of “haves and have-nots” outside of the familiar cultural context of the rural Midwest.

Around that time, Julie went on a college Methodist church weekend field trip to Chicago, where she volunteered with the Northwest Community Organization , a group started by the renowned Saul Alinsky. NCO was on the near northwest side of Chicago in a mixed Polish, Puerto Rican, Italian, and Black neighborhood, and organized on a number of neighborhood issues including redlining in lending practices.

Julie realized quickly that she didn’t need to have a college degree to do what she wanted to do.  She dropped out of college to live in that Chicago neighborhood, organizing full time. “I have always wanted to organize people – I have always said I was a border collie in a former life,” she joked.

Later, after organizational changes at the NCO, Julie moved to Boston, where news of the bussing crisis drew her to continue her organizing work. She took a job with a community organization in Jamaica Plain and later in Dorchester. One morning, she walked to meet her colleague Lew at his house, with whom she would often walk to work. On this morning, he wasn’t quite ready to leave for work so when she knocked, his roommate came to the door and let her in. He introduced himself; his name was Jack. 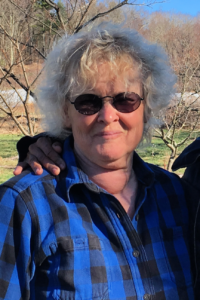 She sat and watched him eat his breakfast. He was eating an orange cut in half, like you’d eat a grapefruit. “I thought, ‘I’ve never seen anyone eat an orange like a grapefruit before,’ and, ‘he is very good looking.’

Approximately 2 years later, living in Dorchester and pregnant with their first son Dan, Julie would suddenly realize with complete certainty that she needed to raise their kids on a farm. “I didn’t know that about myself before that moment,” she said.

To be continued: Jack and Julie go back to the land & Julie joins NOFA.

To honor the legacy of Julie Rawson, please make a gift to the Healthy Future Fund.