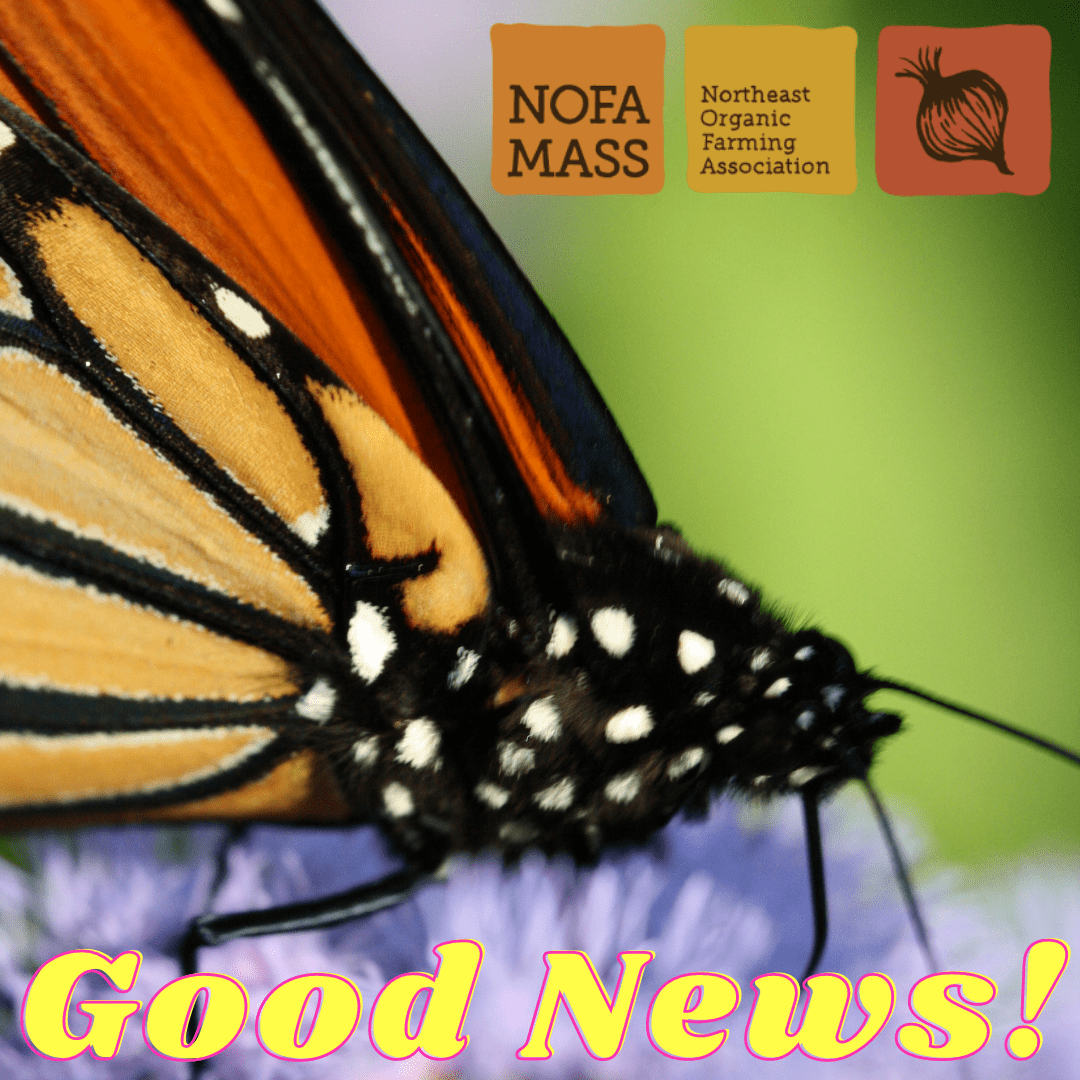 This is a good news bulletin!

The FY22 state budget approved by the Massachusetts legislature on July 8, 2021 included two amendments we had been advocating for: funding for the Mass. Healthy Soils Program ($100K) and for a scientific review of the environmental and health impacts of glyphosate use in Massachusetts ($50K).

Bayer (the parent company of Monsanto) announced on July 29th that they will end U.S. sales of consumer products containing glyphosate!

Please read on for details on these encouraging developments and how you can help keep things moving toward an organic future.

Reminder: The big public hearing on proposed pesticides reform bills under consideration by the state legislature is expected for September (delayed from July, see our previous newsletter coverage, here). Stay tuned for details and/or sign up for alerts, here.

We are pleased to report that both of our top budget priorities made it into the final budget approved by the legislature on July 8th, 2021.

Thank you to everyone who contacted your legislators in support of these amendments. This is democracy in action! 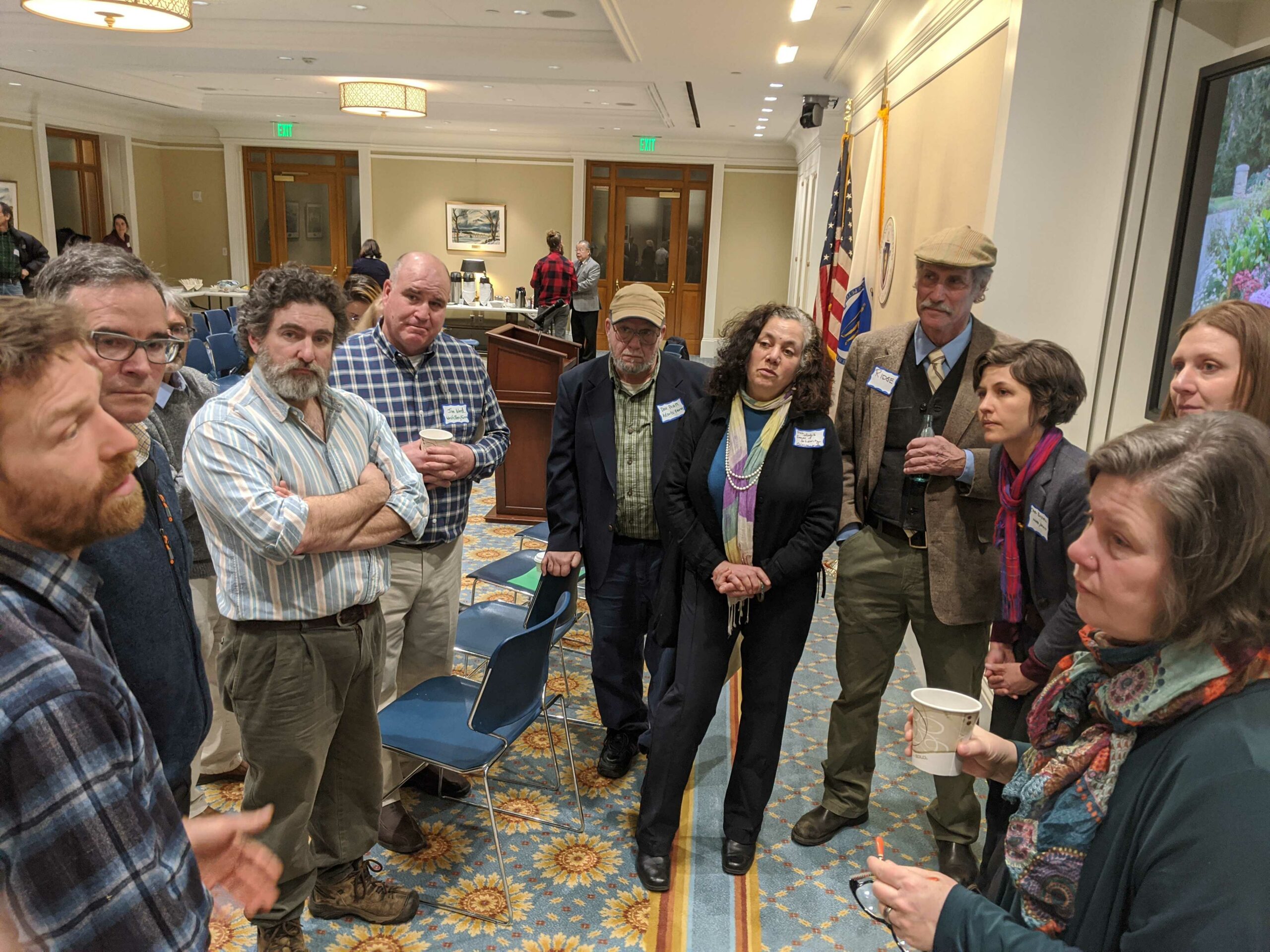 The Mass. Healthy Soils Program was established in January when the legislature passed a larger bill containing the Healthy Soils Bill, which NOFA/Mass and allies have been organizing in support of for years (see our Feb. 4th press release, here).

The bill created a fund and a program to provide education, technical assistance, and financial incentives to farmers and land managers who utilize healthy soil practices such as no-till or low-till farming, cover crops and other practices which reduce the need for synthetic inputs and increase resilience to extreme weather events. The program will promote practices which increase the soil’s ability to draw carbon out of the atmosphere in an effort to mitigate further climate destabilization.

The $100K FY22 budget appropriation approved on July 8th will be allocated to the Healthy Soils Program Fund and provide resources for the MA State Commission for Conservation of Soil, Water & Related Resources to begin this work. The program’s development will be informed by the MA Healthy Soils Action Plan, which is expected to soon be released by the Executive Office of Energy and Environmental Affairs (stay tuned). NOFA/Mass is continuing to work closely with the commision and other allies in the development of the program.

Our Senate champion on Healthy Soils, Jo Comerford, offered this encouraging statement regarding the appropriation:

Please join us in thanking our healthy soil legislative champions: Sen. Jo Comerford and Rep. Paul Schmid! We will work with them and the Baker administration to secure permanent funding for this program.

$50,000 for an official scientific review on glyphosate 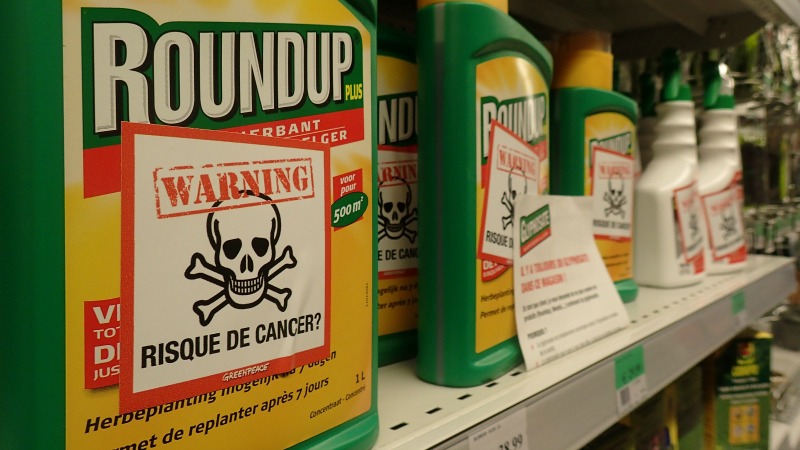 In another victory as part of the FY22 budget, legislators approved an appropriation for $50,000 to create a commission to “conduct a scientific review of the potential impacts of glyphosate and its most common alternative herbicides on the environment and public health.” (See full text of appropriation below.) It will also include a review of the potential impacts of glyphosate on endangered and threatened species. The Pesticide Subcommittee is directed to use the scientific review as part of an individual review of glyphosate and whether current uses should be altered – due December 31, 2021.

This budget appropriation is very similar to one passed in 2019 which commissioned a literature review of the impacts of neonicotinoid pesticides on pollinators, resulting in the passage of a motion earlier this year to end consumer use of neonic pesticides in Massachusetts. At the very least, we’re hoping to update the state’s understanding of the science and restrict the use of glyphosate. 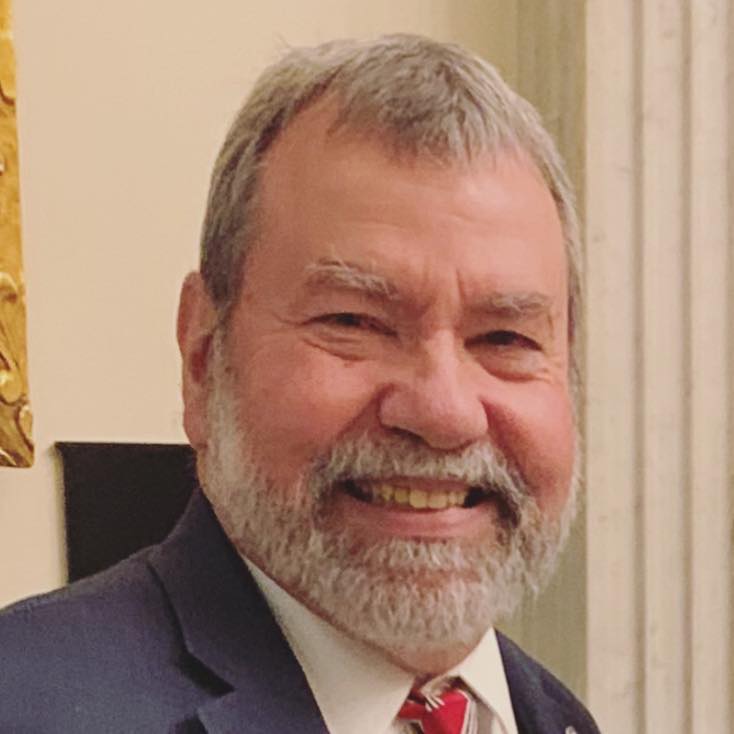 “In 2018, after learning about the illness, death, and environmental harm caused by glyphosate, I filed legislation to ban it from the Commonwealth. In preparing the FY2022 budget I filed an amendment proposing to create a staffed commission to review existing scientific literature on glyphosate and issue a report to the state Pesticides Subcommittee on whether current uses of glyphosate should henceforth be prohibited. I am grateful that the Legislature adopted the language for this proposal in the Commonwealth’s FY2022 budget and thankful that leadership supported overruling a misguided veto by Governor Baker. In light of recent news that manufacturer Bayer is phasing out sales of glyphosate-based herbicides to US consumers, we need to redouble our efforts to encourage a just transition for our farmers to end their dependence on these harmful pesticides. We also cannot continue to tolerate the use of glyphosate on public lands such as school playgrounds and parks. I look forward to continuing the fight to end the use of glyphosate and getting it out of our food supply.” -Rep. Carmine Gentile, August 4, 2021.

We are SO grateful to Rep. Carmine Gentile as well as our glyphosate champions in the Senate, Senator Jamie Eldridge and Senator Jason Lewis, for pushing this measure and related legislation forward. The amendment enjoyed bipartisan support, including that of the House Minority Leader Brad Jones. Please join us in thanking them!

We are also grateful to our coalition partners at Conservation Law Foundation and Mass Audubon who helped to write the amendment language.

We at NOFA/Mass will be working with our coalition partners and legislative allies to make sure this process proceeds properly. We’ll keep our field updated as it develops and let you know when there is a public hearing on the findings, so stay tuned!

Learn more about the impacts of glyphosate on our NOFA/Mass resource page.

Take action in support of other proposed glyphosate-related legislation, here.

Final language of the budget appropriation amendment (Within 2511-0100): “not less than $50,000 shall be expended for the creation and operation of a commission consisting of the following members: the commissioner of environmental protection, or a designee, who shall serve as chair; the commissioner of agricultural resources, or a designee; the commissioner of public health, or a designee; the director of the division of fisheries and wildlife, or a designee; and a representative of a land trust or other group with expertise in invasive plant management, who shall be designated by the joint committee on environment, natural resources and agriculture; provided further, that such commission shall conduct a scientific review of the potential impacts of glyphosate and its most common alternative herbicides on the environment and public health, including a review, undertaken in collaboration with the natural heritage and endangered species program, of the potential impacts of glyphosate and most common alternative herbicides on: (i) all species of plants and animals that have been determined to be endangered, threatened, or of special concern pursuant to chapter 131A of the General Laws; and (ii) all significant habitats designated pursuant to said chapter 131A; provided further, that the commission may expend any portion of its funds it deems necessary to enable the collaboration of the natural heritage and endangered species program; provided further, that the pesticide subcommittee established under section 3A of chapter 132B of the General Laws shall use said scientific review as part of an individual review conducted under 333 C.M.R. 8.03 to determine whether current uses of glyphosate pose unreasonable adverse effects to the environment, and whether current registered uses of glyphosate should be altered or suspended; provided further, that the department shall submit the results of both the scientific review and individual review to the joint committee on environment, natural resources and agriculture no later than December 31, 2021” 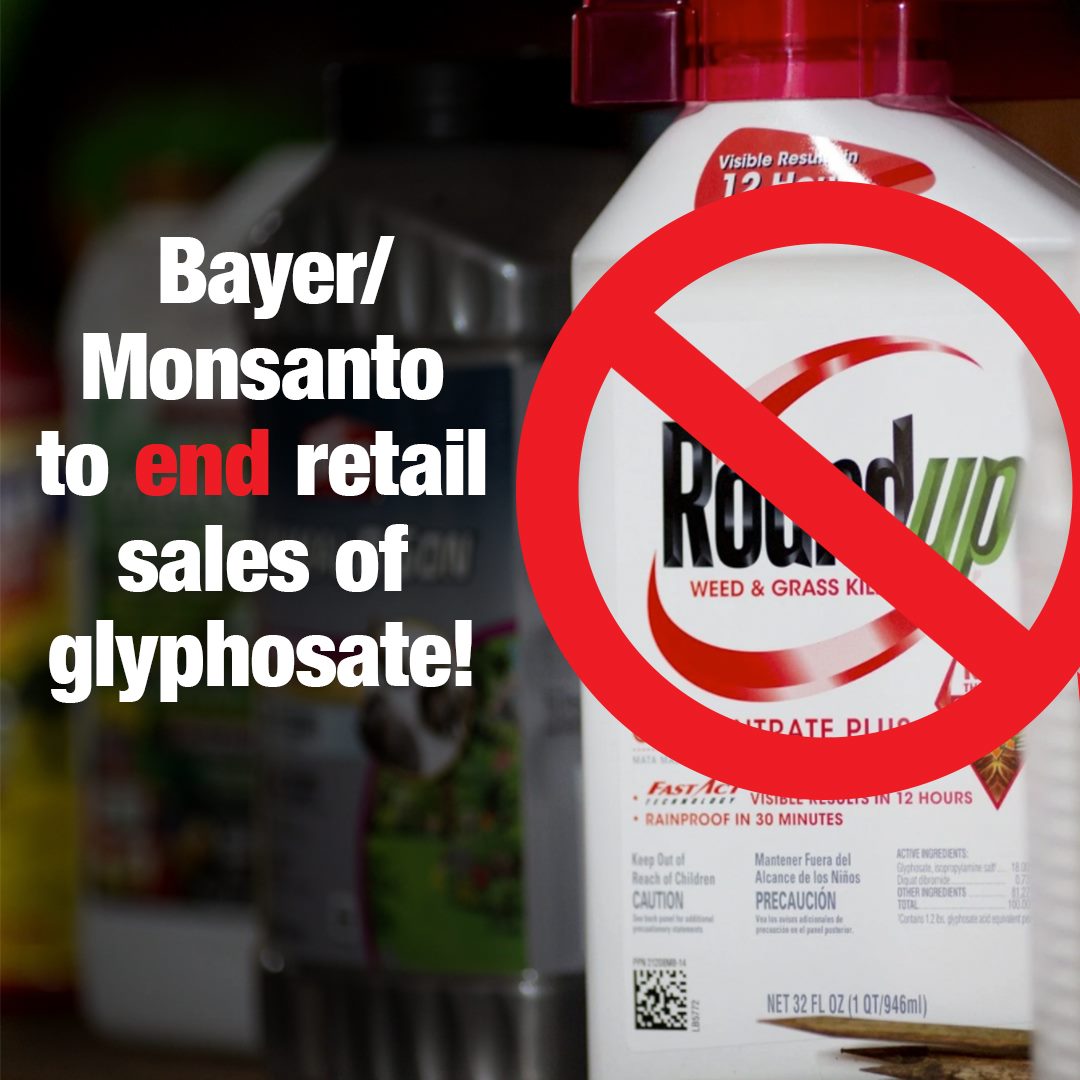 In a victory for consumers, advocates, and the environment, Monsanto-Bayer announced on July 29th that it will end the sales of its glyphosate-based herbicides—including its flagship product, Roundup—in the U.S. residential lawn and garden market in 2023.

The company stated it will switch to formulations that “rely on alternative active ingredients” in order to “manage litigation risk and not because of any safety concerns.”

This news is certainly worth celebrating, but there’s so much more work to do.

Bayer is not the only manufacturer of these toxic products, so this voluntary move leaves other glyphosate products on the shelves. Pending Massachusetts legislation would end sales of all consumer products containing glyphosate, so we must use this momentum and continue to push!

Please contact legislators to support an end to consumer use of ALL glyphosate-containing herbicides in Massachusetts. We are also asking for an end to use of this toxin on state-owned property without a special permit and for it to no longer be allowed on school playgrounds.

As the industry phases out glyphosate-containing consumer products, we will also remain vigilant and watch what they replace them with.

This move does nothing to address the overuse of glyphosate by licenced applicators. Unfortunately many farmers are still dependent on glyphosate and other toxins. While we continue to support a just transition for Massachusetts farmers to phase out the use of toxic chemicals in favor of agroecological practices, we will continue to push for an end to unnecessary use of glyphosate, such as for management of landscapes and state land.

Read more about pending Massachusetts legislation restricting use of glyphosate and please contact your legislators in support. Let’s use this great news as momentum for more significant progress toward an ecological future!

Also, here is a very helpful writeup from our friends at Nontoxic Communities: What to Know About the Decision to Withdraw Glyphosate from the Lawn & Garden Market. 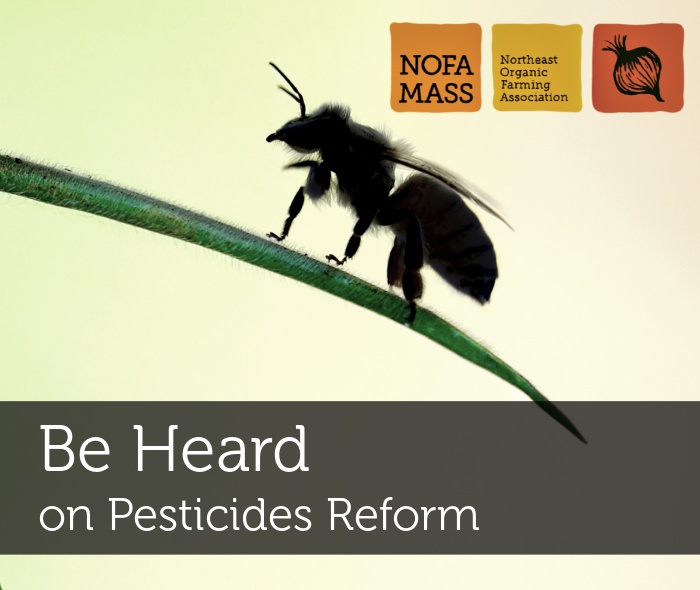 Reminder: The big public hearing on proposed pesticides reform bills under consideration by the state legislature is expected for September (delayed from July, see our previous newsletter coverage, here). Stay tuned for details and/or sign up for alerts, here.

Want to get more involved in efforts to reduce pesticides and protect pollinators in your community? Become an active community organizer with the Mass. Pollinator Network and/or the Community Pesticide Reduction (CPR) Networks: https://www.nofamass.org/mass-pollinator-network/