By Christy Bassett, Homesteader at Barefoot All Natural Farm 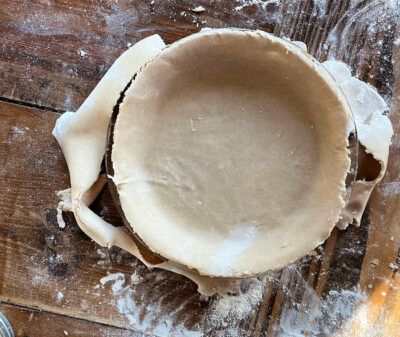 Making a pie is a special occasion for me, since we don’t typically eat a lot of refined flour or sweets. But once in a while, a fully homemade dessert is called for to follow a special meal.

I like to use homemade butter and home rendered lard in my pie crust since we are lucky enough to make those luxuries on our homestead. But even if you don’t have your own dairy cow or pasture-raised pigs, you might want to explore the options near you for sourcing local fat instead of reaching for the shortening.

Once the popular choice for baking with, shortening has recently been put under the magnifying glass by consumers due to the elusive marketing around the ingredients used to make it. Crisco, a name brand shortening, was originally made with cottonseed oil, which was a byproduct of the cotton industry. Since cottonseed oil was not appealing to customers, Crisco hid its ingredient label behind marketing ploys to create feelings of purity and reliability.

“A century ago, Crisco’s marketers pioneered revolutionary advertising techniques that encouraged consumers not to worry about ingredients and instead to put their trust in reliable brands. It was a successful strategy that other companies would eventually copy.” –Smithsonian Magazine

In later years, shortening was made with partially hydrogenated oils, like soybean and canola oils, which contain unhealthy trans fats. Another common ingredient is palm oil, which has detrimental environmental effects from unsustainable harvesting. Check out this video, WTF is Shortening, for an overview of shortening’s history and find out what is exactly in shortening these days. I’ll choose the locally grown and processed lard, thank you. 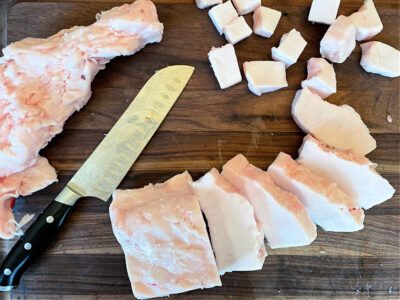 Two types of pork fat: leaf lard on the left and fatback on the right

Lard is starting to make a comeback as a kitchen staple once again, but it still sometimes carries a bit of a reputation as an unhealthy or unpalatable ingredient. This is unfortunate, because lard is a natural one-ingredient fat that can be raised and processed locally. It is made from heating the fat of a pig to the melting point, and then straining the liquid fat from the solid “cracklins”. Lard stores well in the cool temperatures of a root cellar or refrigerator for long periods of time and has a higher melting point than butter, which makes it a good choice for use in baked goods that call for more structure. Fat from pasture-raised pigs is also high in vitamin D due to their daily sun exposure. See this article for other reasons you may want to consider using lard.

Leaf lard (lard made from the internal fat of a pig) is the premium choice for baking since it is a very firm, neutral tasting and smelling fat. But even fatback, when rendered correctly (without overheating), makes lard with little to no flavor and is a versatile fat source that can be used in many recipes. Purchase already rendered lard from a local farm, or buy raw fat from a meat processor for next to nothing and render it yourself. Try a search on NOFA/Mass’s Organic Food Guide to find a source of fat or lard near you. 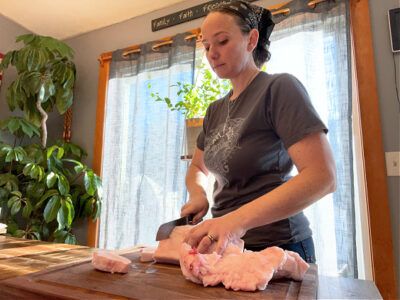 I regularly render pork fat into lard at home, both for cooking and for soapmaking

Using a combination of lard and butter makes for a flaky, but still creamy, flavorful crust that is ideal for both sweet and savory pies. Here’s my recipe–let me know if you have a version that you love too! Email me at christy@barefootallnaturalfarm.com. 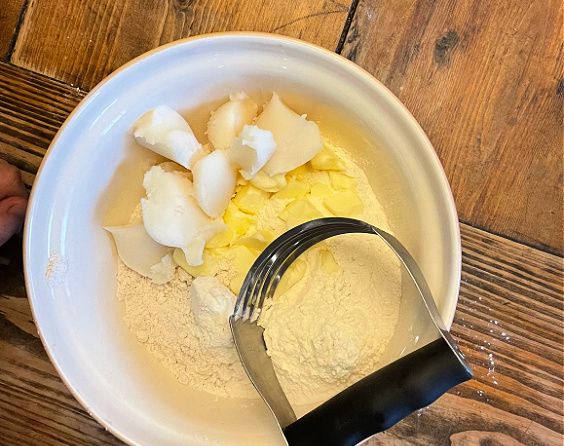 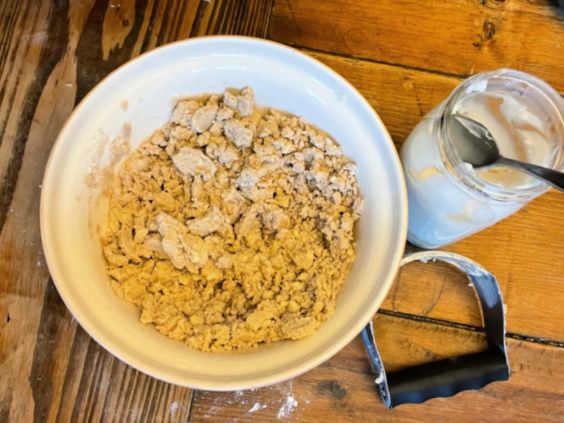 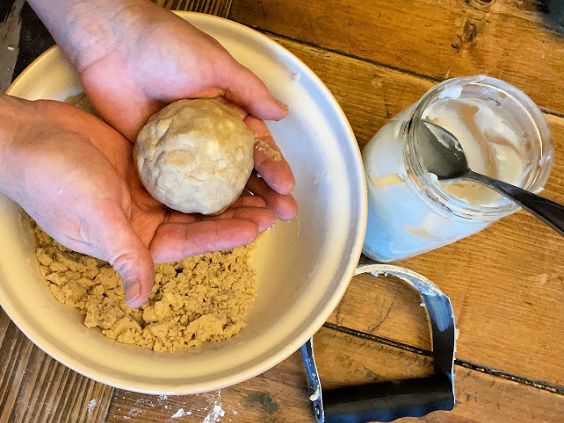