The Misnomer of the Commons (Part 2)

Home/Newsletters/The Misnomer of the Commons (Part 2)
Previous Next

The Misnomer of the Commons (Part 2)

The History of Common Land in the Commonwealth
By Grayce Rose, recent graduate of the Farm and Food Systems program at Greenfield Community College and NOFA/Mass Intern. 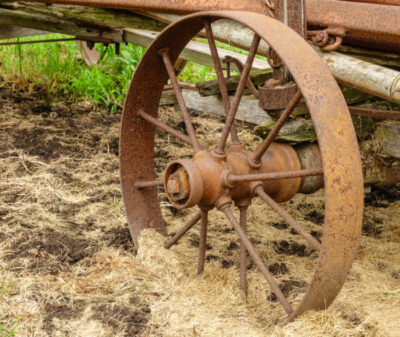 Land that had been seized for use as common space in the colony of Massachusetts saw a great shift in form and function in post revolutionary America. The European colony of Massachusetts had been culturally and legally molded at its onset upon the tenants of puritanism, yet, as a British colony, it was chartered initially for financial gain. This founding goal came to fruition as the colony grew in size. Throughout the 1700s, the outright religious oligarchy that had steered the development of the state molded into a more secular governing body that prioritized the function of a market economy. Community based sustenance farming gave way to specialized agricultural and artisanal production. As technologies, ideologies, and policies shifted in post revolutionary Massachusetts, so did attitudes around land use. Land that had previously been used as common  agricultural space for the sustenance of an exclusive puritan community transformed with an increase in the importance of individual landholdings as well as participation in an industrialized market.

In line with the desire for increased profit upon which the British colonies of North America were founded, the economic growth of Massachusetts in the late 1600s and early 1700s led England to support a policy of rapid expansion and cultivation of land. The more developed an area of land became, the more a specific landholding was integrated into a market rather than community based sustenance. In the years leading up to the American Revolution, England encouraged continued migration to the colony, leading to a population swell that challenged the tight knit puritan communities that had autonomously governed. A once lax land tenure system among few puritanical white male heads of household became more stringent as the availability of land within the confines of the colony dwindled. A far more secular legal system emerged to address such disputes, and legal precedents that had been made on the basis of tenants of religious faith, became coded into the practices of this burgeoning market economy, particularly after the American Revolution. 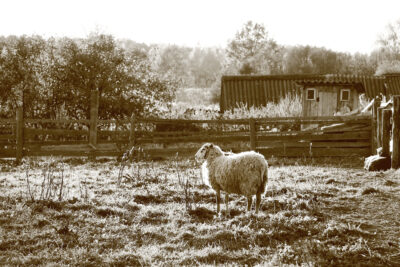 The religiously rooted justification of racially biased land seizure and systems of compulsory labor that European colonists had exploited at the onset of the colony to develop their infrastructure and economy were thrust into the realm of a different politic: financial profitability. The introduction of Massachusetts into a wider system of trade in the eighteenth century lessened the European population’s focus on a holistic production system, and more on niche agricultural and artisanal production from specialized farms and storefronts. Land that had previously been used for common planting, grazing, foraging, hunting, and fishing was seized for development into individual businesses, or for public works buildings for townships. In the common spaces that remained designated for things like grazing, a price was attached to getting a permit to use the common land for agriculture, making it inaccessible to those who lacked the finances to buy a permit.

Land in general became tied with more financial burden in the later years of the colony and its early years as a state. The divvying of seized land between colonists became more complex as more people came to the colony, and the value of production on the land for the purpose of trade increased. A system of property tax had been in practice since a formal law enacted in 1646 that gave towns jurisdiction to collect taxes on “visible” assets, meaning land, buildings, and livestock. As the value of these landholdings increased in terms of size and productive capacity, so did the taxes. These trends of increased financial obligation for land use and using the land for individual market enterprises fostered a further stratification of individuals into various labor designations. A population of wealthy white males held the means of production, that is, land, and those that they employed both voluntarily and involuntarily were further dissociated from the ability to gain sustenance from the land, common or otherwise.

Post revolutionary Massachusetts into the 19th century had begun the process of dissociating from the practice of slavery within the labor system of the state itself, particularly as the state’s economy began to shift to industrial production and relied more heavily on the brutal and exploitative labor systems of the country’s southern plantations to support these industrial endeavors, particularly with the purchasing of cotton for textile mills. Individuals who had been victims of the system of slavery within Massachusetts were still economically disenfranchised due to an outright racial bias that had expanded from its religious coding within the early laws of the colony. Financial mobility, land use, and voting rights were all intertwined within the legal and social systems of the state. Private land ownership and permits to use common land for sustenance were inaccessible, and without voting rights or unbiased legal representation, there was little opportunity to affect change to these systems of land use and distribution of resources.

The dominance of industry and global trade in the economy and resulting policy of Massachusetts evoked a shift in the nature of common land. While its use for sustenance had become less viable, it began to take the form of recreational space. The property taxes that had increased the price of land ownership were often utilized to convert central town commons into parks. Gates and fences were installed, ornamental greenery planted, and walkways created. Common space that had been used primarily for agriculture or fishing were largely privatized.

The social and economic shifts that led to the establishment of commons as parks rather than space for sustenance, would continue into the 20th century. The following article in this series will explore policies and cultural practices that have led to the exclusivity of common land in the form of parks, as well as modern initiatives to restore the viability of community based sustenance through the cultivation of common land. 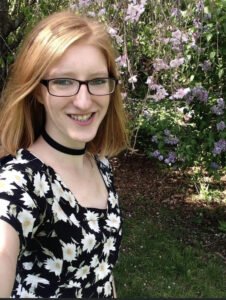 About the author: Grayce Rose is a recent graduate of the Farm and Food Systems program at Greenfield Community College. She is currently concluding an internship with NOFA where she contributed to research on the history of agricultural policy in Massachusetts.