Home/Newsletters/Promoting Racial Equity in Agriculture Through Policy
Previous Next

From the land theft and genocide of Indigenous peoples, through the enslavement of Black people, to the current labor exploitation of migrant workers in the United States, our food system has a long and unresolved history of racism. This article looks at how policies implemented by the United States government have led to racial inequalities in the agricultural sector, and current policies that are aimed at rebalancing the scales to create a more equitable food system. 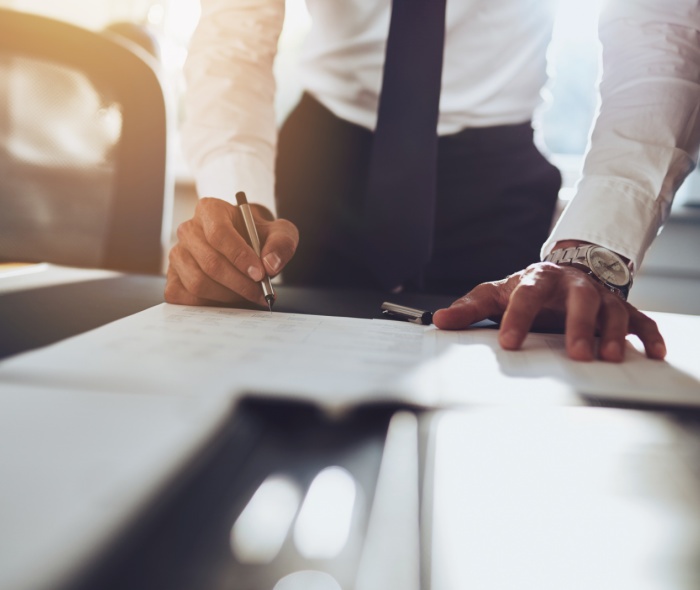 The US Government and Racialized Agricultural Policies

Harmful policies and programs like the Homestead Acts of the late 19th century, Alien Land Laws, and Jim Crow era policies have systematically and violently dispossessed farmers of color and Indigenous landowners for the entirety of America’s history. This process continued into the 1900’s, and continues today, largely due to policies implemented by the USDA (USDA, 2003). This discrimination has been both overt and, more subtly, a part of ordinary procedures, with researchers noting that “the USDA has discriminated against farmers [of color] in terms of processing farm credit, loan servicing, and non-credit benefits; the disproportionate use and abuse of supervised bank accounts; misconduct by upper-level administration within the county office; and the failure to expedite complaints in a timely manner” (Hinson & Robinson, 2008).

The 1930’s and the New Deal brought on a profusion of new federal policies that transformed agriculture and concentrated power among white elites from local agricultural committees up through the USDA. For example, the Agricultural Adjustment Act of 1933 created the Agriculture Adjustment Administration . This group in turn developed a series of policies “in which white landowners often unscrupulously failed to disperse [USDA] funds allocated to sharecroppers and tenants” (Hinson & Robinson, 2008). The local county committees responsible for the disbursement of USDA funds favored larger white-owned farms with greater mechanization, and intentionally excluded black farmers and farmers of color from receiving loan applications or technical assistance (Hinson & Robinson, 2008).

The persistence of structural racism in agricultural policy implementation forced a rapid decline in the number of farmers of color in the latter half of the 1900’s. By 1964, for example, 5.8% of farmers were Black, a more than 50% decline since 1920.

From 1900 to 1997 the total number of farmers in the United States declined by 67%, yet this rate varied across racial groups. For example, while white farmers declined by 62%, the number of Black farmers declined by 98% (Casey, 2021). In 1920, 14% of all landowning farmers were Black, compared to less than the contrasting 1% of today (Penniman, 2018). Currently, farmers of color comprise less than 3% of non-farming landowners and less than 4% of owner-operators (American Farmland Trust, 2021). While many small farmers struggle to compete against development and corporate agriculture, foreclosure rates are still highest among farmers of color (Bowens, 2015). This is particularly worth noting because while farmers of color represent a minority of producers and landowners, people of color and undocumented workers make up the vast majority of workers in the agriculture industry – more than 80% (Horst & Marion, 2019).

The Civil Rights movement of the 1960’s brought attention to USDA’s treatment of farmers of color (Environmental Working Group, 2021). Several reports released highlighted racial and gender discrimination in both program delivery and treatment of its employees. A 1970’s report found the USDA was intentionally forcing farmers of color off their land through harmful and predatory loan practices. Despite the overwhelming evidence of wrongdoing, the Regan administration effectively eliminated the USDA Office of Civil Rights, which was the primary office for addressing discrimination claims (Environmental Working Group, 2021). Although the USDA Civil Rights Office was restored in 1996, discriminatory lending practices continued, as did the decline of small farms and farmers of color, particularly Black farmers. The reports produced by the USDA Civil Rights Office under the Clinton administration led to a number of lawsuits including the landmark Pigford v. Glickman case, which resulted in a $1.06 billion settlement for Black farmers (Congressional Research Service, 2013).

Traces of this history of discrimination, exclusion, and entrenched power are present in the modern Farm Bill, the preeminent piece of agriculture and food legislation in the United States which is largely implemented through USDA. The Farm Bill, which is rewritten every five years, affects the structure and availability of farmland in various ways, including taxes, lending programs, and research and development funding (Ayazi & Elsheikh, 2015). The Farm Bill has been cited as a contributor to the decline of small farms and the rise of large-scale industrial commodity farms primarily owned by white men and which rely heavily on environmentally harmful practices and the exploitation of undocumented and immigrant labor. A 2015 report by the University of California, Berkeley documents in great detail how the US Farm Bill supports larger corporate interests while failing to address systemic inequities in our agricultural industry.

Only recently has the Farm Bill sought to address racial inequity in agriculture. For example, the 2002 Farm Bill sought to rebalance racial representation on local committees that are responsible for overseeing the dispersion of USDA funding. The 2018 Farm Bill created a new loan program aimed at supporting farmers with heirs’ property (Ayazi & Elsheikh, 2015). Heirs’ property is property inherited by multiple descendants of a person in the absence of a will and is more common among Black farmers and farmers of color. This system means multiple heirs collectively own a parcel of land, and when one holder wishes to sell the land, that holder can effectively force a sale of the entire parcel. For this reason, heirs’ property has been cited as a major source of farmland loss for certain racial groups (Casey, 2021). The program in the 2018 Farm Bill set aside funding to help support farmers with both securing heirs’ property and addressing eligibility issues for certain USDA programs that traditionally require a clear land title.

There are efforts at the national level to tackle racial inequity in agriculture, and in 2021, several bills were introduced that directly address the inequalities faced by farmers of color, including the Emergency Relief for Farmers of Color Act and the Justice for Black Farmers Bill, introduced by Senator Raphael Warnock, and cosponsored by Democratic senators including Senator Corey Booker and Senator Amy Klobuchar. As part of the $1.9 trillion American Rescue Plan Act, $4 billion in loan forgiveness was set aside by the USDA to “correct decades of injustice, systemic racism and admitted discriminatory behavior by the federal government.” Both the state of Wisconsin and Florida have issued temporary restraining orders, blocking the distribution of funding to BIPOC farmers. Currently, there are 13 lawsuits in 10 states claiming the program is discriminatory against white farmers, and to date, only 4 BIPOC farmers have received funding through the program (Santucci, 2021).

In Massachusetts, it is estimated that farmers of color are stewarding just 0.3% of farmland, despite people of color accounting for more than 25% of the state’s total population. As cited in former Tufts University graduate student Melissa Gordan’s 2018 thesis, data on farmland ownership is difficult to quantify because of “limited and inconsistent data collection and minimal publicly available data” (Gordon, 2021).

The Massachusetts legislature is currently reviewing S.2880 (formerly S.502, H.860) 0, ‘An Act advancing food and agricultural equity in the commonwealth’. This bill, sponsored by Representative Natalie Blais and Senator Jo Comerford and others, resulted from the work and advocacy of a coalition of farmers of color who have identified the need for more data to support policy improvements (Guscott, 2021). This bill would establish a statewide Commission on Agricultural Equity, charged with making “recommendations for supporting racially equitable investments, policies, and practices to promote equity in agriculture in the commonwealth” (Blais & Comerford, 2021). Supporters of this bill, including NOFA/Mass, argue that the state has both an economic interest in promoting equity in agriculture as well as “an obligation to dismantle or reform the existing institutions that are built on racism and continue to perpetuate inequality” (Blais & Comerford, 2021). It is worth noting that, unlike the federal-level discourse on addressing inequities in agriculture, this bill is both bipartisan and widely endorsed by lawmakers from both sides. The redraft of this bill now also  includes the Garden Agriculture Program provision of another Food Justice bill which has been on NOFA/Mass’s list of policy priority bills: S.495, H.967. More details on the NOFA/Mass policy webpage.

While there is much work to be done on a policy level, there are many local groups working hard to build a more equitable food system.

Learn more about, and consider becoming a monthly donor to, these local BIPOC-led organizations:

Nichole Catsos is a dedicated food system professional working to create equitable food systems through sustainable local agriculture. Nichole worked as a farmer for many years before moving into the nonprofit sector. Currently, Nichole oversees corporate and foundation relations for The Food Project, a local organization working at the intersection of youth development and food justice. Nichole is currently enrolled at Tufts University pursuing a Master’s of Public Policy and is interested in finding practical policy solutions to food insecurity while promoting equity in agriculture.

Abbott, C. (2019, April 11). On average, U.S. farmers are aging, but a quarter of them are newcomers. Food and Environment Reporting Network.

USDA. (2003). Black Farmers in America, 1865-2000 The Pursuit of Independent Farming and the Role of Cooperatives. U.S. Department of Agriculture.