NOFA/Mass advocates for sustainable agricultural policies that strengthen the resilience of our local communities. Our policy team works on issues as diverse as organic standards, food system transparency, and regulations that support sustainable farms. 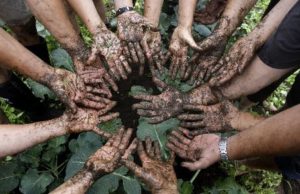 Participate in the democratic process: Speak for the soils and an organic future!

Demand Mass. Action on Glyphosate and other toxins

With the new legislative session starting in January 2021, we have several opportunities to move our Commonwealth away from reliance on systemic and toxic biocides (life-killing chemicals) like glyphosate and toward organic, life-honoring solutions for landcare and agriculture.

Please use this form now to send a message to legislators within seconds, asking them to cosponsor the NOFA/Mass priority pesticide bills by April 1, 2021. Continue reading below for more background.

Though unfortunately the 2019-20 legislative session ended without significant action on pesticides, awareness and support among legislators has grown significantly and new science continues to emerge which validates our movement supporting swift action to protect the health and integrity of our communities, human and non-human alike.

Proposed state legislation which would ban consumer use of glyphosate was approved by the Joint Committee on the Environment, Natural Resources and Agriculture during the 2019-20 session.

We will now pick up where we left off with renewed momentum this session.

Several bills which would have a dramatic impact on the reducing the use of toxic pesticides in Massachusetts are being filed/refiled by our legislative champions in January.

Under new rules, legislators can cosponsor a bill until it is reported on by its first committee (a process which starts in April). Legislators take their cues (in theory*) from their constituents. The more they hear about a specific bill/issue, the more likely they are to add their name in support of legislation.

*We recognize that the chemical corporations and their surrogates have inordinate influence over the legislative and regulatory bodies governing them. This is why we must speak loudly, often and together in order to make it a political liability for decision-makers to do their bidding!

Please use this form to contact your state legislators asking them to cosponsor the below pesticide-related bills before April 1, 2021.

Share with them your personal concerns about glyphosate and other pesticides, reiterate how we need legislators to fulfill their duty to protect our Commonwealth, and ask them to cosponsor and support swift passage the the below pesticide-related bills.

You can learn more about the dangers of glyphosate on the NOFA/Mass website. (Suggested talking points are also provided in this form.)

All of these bills face serious opposition from the well-heeled chemical industry lobbyists and their surrogates. However, as awareness of the dangers of glyphosate and other toxins grows, we have an increasing number of allies in the state legislature.  Please let your legislators know that you support their bold leadership on pesticides. Encourage them to stand up to the chemical industry lobbyists and take action to protect our communities.

The healthy soils legislation creates a fund and a program to provide education, technical assistance, and financial incentives to farmers and land managers to utilize healthy soil practices, thereby improving soil health throughout the Commonwealth while supporting farmers and promoting sustainability. Healthy soil practices include no-till or low-till farming, use of cover crops, reduction in synthetic fertilizer and more.

The timing is perfect, as the state is also about to finalize its first roadmap for healthy soils, the Healthy Soils Action Plan, another project which we at NOFA/Mass had the honor of helping to create. The next step will be to seek budget appropriations to fund the program during the upcoming budget season.

The full text of the original bill can be viewed here: https://malegislature.gov/Bills/191/S2404

A fact sheet on the original bill with more talking points, here: https://www.nofamass.org/sites/default/files/u9058/Healthy-Soils-Fact-Sheet-2020-02-20.pdf

Massachusetts should build on its long history of climate leadership and join with the six other states which have passed Healthy Soils and Soil Carbon Sequestration legislation. The State government must help us better adapt to the shocks of worsening climate destabilization as well as help mitigate further impacts, while improving crop quality and quantity and farmer bottom lines.

Organizations may endorse the Healthy Soils Program by filling out this form.

The Pesticide Board Subcommittee, which held a well-attended hearing on neonic pesticides in December (ICYMI – read about it in last month’s newsletter), will be considering at their March 1st meeting to vote on a motion filed at the February 16th meeting. We had over 100 supporters at that meeting in February, and the pressure was felt! We encourage members of the public to again attend and hold them accountable: they must follow their own science!

Can you join the virtual meeting and hold them accountable? Please plan to join the zoom meeting if you are able.

Here are the meeting details:

At the hearing last December, more than half of the legislature endorsed a statement demonstrating an increasingly held belief that they can’t leave it to the state’s Pesticide (rubberstamp approval) Board to reduce pesticides use:

“Despite concerns about neonicotinoids being brought to the Department’s attention repeatedly by the Attorney General’s office, legislators and others since 2014, the [Pesticide Board] Subcommittee failed to initiate an independent review or take any consequential action until 2019, when legislatively required to do so. This inability or unwillingness to respond to concerns that clearly fall within its purview raises concerns about whether the Subcommittee is able to fulfill its charge under the law to regulate pesticides.” – Joint testimony presented by Rep. Carolyn Dykema at the December 10th hearing of the Pesticide Board Subcommittee (read more about that day, here)

While we continue to push for meaningful pesticide reform through our legislative process, we are hoping that with the Pesticide Board’s neonic literature review complete, they will at least take the minimum reasonable step of ending consumer use of this pollinator-killing class of pesticides.

Want to get involved in policy work? Have a tip or suggestion? Marty Dagoberto, our Policy Director, can be reached at marty@nofamass.org

Organic Standards – Find useful resources and educational materials about what organic really means and why it matters.

By Marty Dagoberto, NOFA/Mass Policy Director We have some great news about the Healthy Soils Bill in this issue. Take a moment to celebrate, but not too long: we need to get calling legislators to [...]

Picking Up Momentum to Reign in Pesticides in 2021

Picking Up Momentum to Reign in Pesticides in 2021 By Marty Dagoberto, NOFA/Mass Policy Director It goes without saying that 2020 didn’t go as anyone had hoped. That being said, while our legislative efforts on Beacon Hill were undoubtedly [...]

By Marty Dagoberto, NOFA/Mass Policy Director One thing we have to be grateful for this year is that the state government is finally updating its science on the impacts of neonicotinoid pesticides on pollinators. [...]

By Marty Dagoberto, NOFA/Mass Policy Director In these novel times (COVID-19), the State Legislature has extended its formal session beyond the July 31 2020 deadline. While this technically means that all of our current priority [...]

Donate to our Policy Program to help us complete 2021 priorities 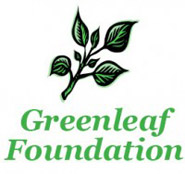